1883 February
Launched at the shipyard of W.B. Thompson, Glasgow, for R.L. Greenshields, Cowie &amp; Co., Liverpool.
1883 April 2
Left Liverpool for Hooghly, India, under command of Captain T. Johnstone.
1897 March
Sold to Ant. Dom. Bordes et fils, Dunkerque, and was renamed Pacifique. Captain Le Treust.
1898
Left Astoria in company with the fourmasted barque Province which arrived in Europe after 114 days, only 12 hours before the Pacifique.
1899 September 24 - December 9
Left Iquique for La Pallice in company with the German fourmasted barque Athene bound for Hamburg [?]. The Pacifique arrived at her destination at the same time as the Athene passed Beachy Head.
1901
Captain and five men of the crew were washed overboard off Cape Horn and the Pacifique had to seek refugee in Montevideo. on voyage from Tyne to Valparaiso with a cargo of coal.
1907
Collided with the same owner's fourmast barque Rhône in the neighborhood of the Falkland Islands during the exchange of articles. The Rôhne repaird the damaged bowsprit in Valparaiso while Pacifique continued her voyage to Pisagua. Both masters lost their ships on account of the accident.
1916
Sold to Gaillard &amp; Co., Bayonne, and was renamed Pazifique.
1916 October 21
Left Penarth for Port Arthur, TX, and disappeared en route. 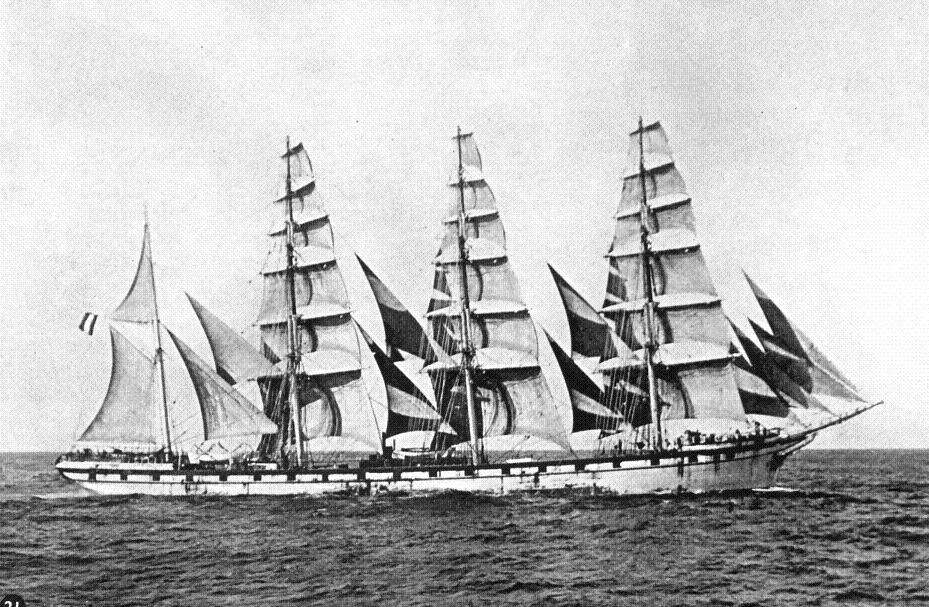